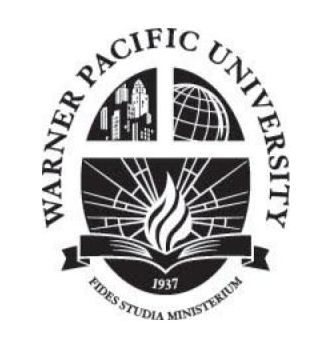 “The word ‘university’ reflects a new era at Warner Pacific,” says President Andrea P. Cook. “It better encompasses the scope of the programs we now offer and the scale of what our graduates are achieving. Our students, as well as our faculty and staff have earned our place in this sphere and we know it’s where we belong.”

The change recognizes increased academic programs at both the undergraduate and graduate level. Becoming Warner Pacific University will also clarify the position of the institution to international students and those whose language of origin is not English, where ‘college’ often refers to high school or secondary level education.

Established as Pacific Bible College in 1937 by the Church of God (Anderson, Ind.) in Spokane, Washington, this is not the first major identity change for the institution. The school moved to Portland in 1940 and became Warner Pacific College in 1959. For nearly a decade, Warner Pacific has been recognized for a commitment to diversity in higher education, with 63 percent of students coming from racially and ethnically diverse backgrounds.

Warner Pacific University serves undergraduate and graduate students at campuses throughout Portland and Southwest Washington, as well as online. The University offers over 30 career-focused majors that prepare students with the confidence and skills they need to use their education to make a difference for their family and their community.