Choosing Between Secular and Christian Universities: The Critical Difference

When the time comes to select the college or university you’ll attend for the next four years, you may wonder about whether or not you’re making the right choice. Should you choose the Christian university that’s affiliated with your religion or a church that you really like, or is a secular school the right choice for you? By understanding the difference between secular colleges in Oregon and religious universities, you can set yourself on the right path to ensure academic success and a wonderful four years of education. 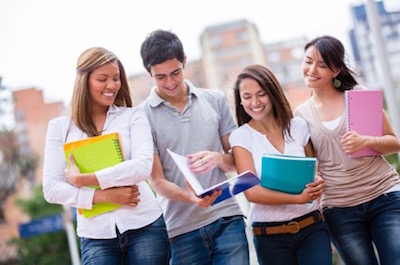 Many universities build their platform on the stance that they are supportive of individuals of all races and religions. They’ll cheerfully support people who are “out” as part of the LGBT community, and intolerance on the basis of race is quickly shut down at these colleges. There’s just one problem: that tolerance often fails to extend to Christian individuals. These same colleges and universities that would never dream of serving hamburger to an Indian student don’t bat an eye before insisting that Christian students “support diversity” by standing behind causes that might not meet with their personal beliefs.

Not only that, many secular colleges and universities refuse to allow the Christian Bible as a factual source, deny promotions to Christian faculty members, and offer tolerance to every faith save Christianity. This growing intolerance in favor of supporting diverse populations strictly excludes Christians, not because there is a fundamental problem with the religion, but because its members are perceived as being intolerant and hidebound. “Diversity” is the key guiding force for many secular universities until you are white, straight, and Christian.

Many secular colleges and universities, in their support of diversity, have created circumstances under which the individuals in authority–professors, deans, and office staff–are supportive of programs, concepts, and steps that Christian students prefer to stand against. Christian students are taught to respect and support authority, and at a secular university, that may be particularly difficult. Consider these potential conflicts:

These difficulties can make Christian submission to authority difficult if not downright impossible, placing the student’s desire to follow their faith in conflict with their need to answer to the authority of those in charge on campus.

Christian colleges and universities aren’t necessarily the “safe haven” that they’re built up to be, but they are certainly a place of safety and understanding for college students who want to be able to gain an education without having to fight for their beliefs every day. While there are strict, fundamental Christian schools that follow a rigid code of conduct, from forbidding alcohol on campus entirely to strictly regimenting the interactions that are possible between male and female students, there are many Christian colleges and universities where a different view on faith is utilized: one that weaves the threads of faith, belief, and adherence to gospel truth throughout every aspect of life on campus.

Attendance at the college chapel on Sundays doesn’t have to be mandatory for the college to recognize it as a day of rest, saving weekend activities for Friday and Saturday nights instead of filling up the schedule on Sunday. Prayer is used as a common part of the day, from important ceremonies to the simple prayer you’ll say before your meal. Not only that, your Bible is a safe reference and tool for all of your debates, papers, and interactions with professors and fellow students. Your faith is valued, rather than being disregarded out of hand. For many Christians, this makes a religious college or university the perfect place for growing their faith throughout their college years, rather than feeling as though they are torn between the need for a quality education and the need to build and grow those key elements of faith.

Does the lack of support for Christians at secular schools mean that by attending a secular college or university, you will be forced to hide your light under a bushel, practicing your faith in secret? Certainly not. Many secular colleges and universities continue to provide support to Christian students, and there are plenty of opportunities for practicing your faith in spite of growing bias against it. Not only that, Christian colleges aren’t always perfect. There will be rule-breakers, rebels, and those who question the authority of the organization. You will face trials and temptations no matter where you choose to go to school.

Attending a Christian college or university does, however, mean that you’ll be surrounded by those who share your faith. When you experience trials, you will be supported by others who can come alongside you in faith, rather than those who will encourage you disregard it. Your professors will teach from a solid Christian standpoint, not from a secular view that forces tolerance even when your faith doesn’t.

Choosing your college in Oregon is a very personal decision. Consider all of the relevant factors before you choose where to attend. Will you be going to school a long distance from home, or do you prefer to live at home and commute to campus? Are you able to adhere to the honor code of a strict religious university, or do you prefer a more forgiving code that governs your behavior while you’re away at college? Most importantly, does the college you’re considering offer adequate study in the major field that you’re considering? Ultimately, the college that offers the classes you need will be the one that you attend for the next four years.