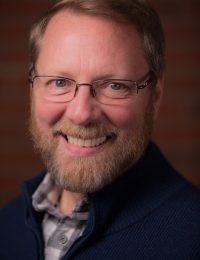 Division of: Arts and Social and Behavioral Sciences
Email: gburton@warnerpacific.edu

Gene is a retired music educator from the Gresham-Barlow School District. During his tenure, he has taught bands at Milwaukie High School, West Orient Middle School, and Dexter McCarty Middle School.  In addition to band, Gene has also taught leadership, technology, student council, photography, choir, general music and world music classes. His bands and choirs have performed at All-State Conventions in 2008 and 2012.

Gene is currently teaching the stage band at David Douglas High School.  He has held leadership positions in several district events, presided at past OMEA clinics, has been the organizing chair for the All-State M.S. Honor Bands from 2005-2012, served as 2nd Vice President of OMEA, has conducted various honor groups from around the state, and also enjoys adjudicating at the middle school level. In 2011 Gene received the John C. McManus Distinguished Teacher Award in honor of a lifetime of service to music education and in recognition of highly distinguished professional accomplishment. He is also the Director of Human Resources for NW Band Camps and has recently become a member of the Phi Beta Mu International Bandmasters Fraternity and has received recognition into the Oregon Bandmasters Association.

Outside of music, Gene enjoys many hobbies including skiing, woodworking, bowling, bike riding, paddle boarding and just hanging out with friends and colleagues.  He also enjoys spending time with his wife Mandy,  his daughter, Ashley, and his three grandchildren, Lilly, Oliver and Lincoln.