Season’s Greetings from the President 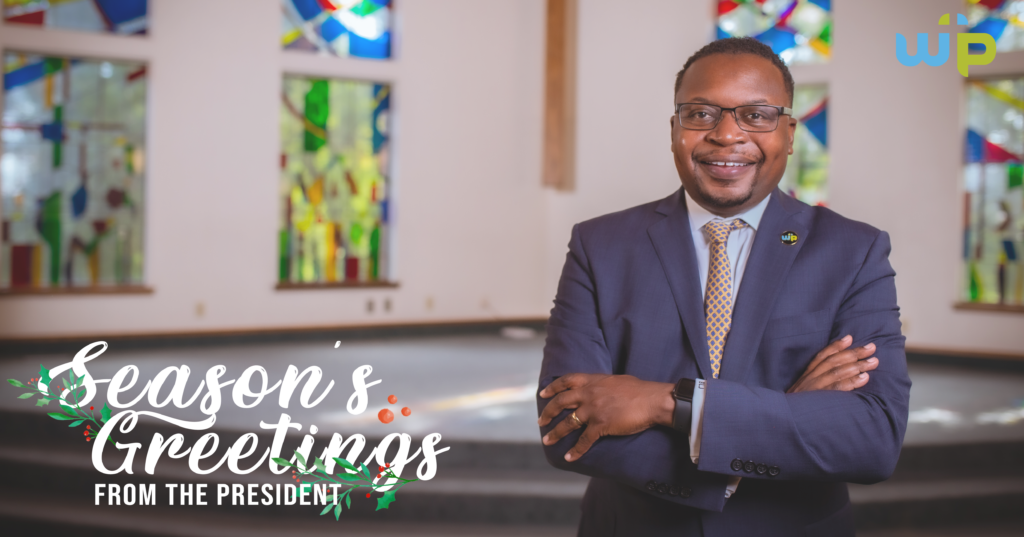 For university students, December brings the end of a semester. That means final papers, projects and exams and the worry that goes with them.

In some ways, Advent and college are both seasons of anticipation. Like the major theme of the season of Advent, it shows that we are indeed still caught in an in-between time, a time between the ‘now’ and the ‘not yet.’ The point is: a season of anticipation is not something to be endured or merely gotten through; it is to be relished so that what follows may be more fully appreciated. By embracing the now, one will be better able to enjoy what comes next. You are not meant to stay a student but to graduate into a profession.

And not just a profession — a vocation. A job should not define who we are, but our vocation should. The season of Advent presents us with some amazing persons as examples of vocation – doing the will of God.

First, there is Mary, chosen by God to be the mother. Back then, when a woman was pregnant outside of marriage or found to be unfaithful, she would be stoned to death. Mary, fully aware of the law, but also aware of who God is, said “yes” to his calling.

Then, there’s Joseph. After he learned of how Mary conceived Jesus, he decided he would divorce her. But after an angel of the Lord appeared to him in a dream, he did exactly as he was told. He did not doubt or question. He placed God’s will and purpose for his life above his own desires.

Someone once said “Become who God Created you to be and you will set the world on fire.”

Let Advent be a time of great anticipation – for you and who you will become. The now and the not yet. Let it be a time that you remember that you have a greater purpose in the world and — after leaving WPU — you will be sent into the world to reclaim this purpose—to accept it, to experience it and to follow it.